Friday started out as a fantastic day.

I took Missy out and she not only did not bark as we exited the building, she barely reacted when we at the top of Taylor’s Hill Park and she saw a dog at the bottom.

And then I got home.

I needed to contact the IRS for my wife’s college financial aid. Also, I had to call Comcast (more on that in a sec).

Then I tried using the phone system and ran into the same problem the first two times. The third time, the automated system malfunctioned. I yelled, swore and threw my phone
across the room. Missy looked at me like I was insane.

I tried one last time. It worked with my current address, despite us not planning on sending our taxes off until this weekend.

Then it was time to call Comcast.

Using my skills as a journalist, I found the number for corporate customer service. They took care of it. And gave me a $300 credit. Allegedly. The account page doesn’t reflect
what was promised yet, but it is Friday. And I’ve been assigned a case number and my one customer service rep. They have until Monday at noon.

Then it was time to go to work. Great. I accomplished nothing beyond going to the bank and replacing the shoes I wear to walk Missy in the morning. They looked so nice, I
wore them to work today, and they’re quickly becoming my favorite pair. I now see what people see in sneakers. I might stop wearing dress shoes all the time. Might.

It was either these or a pair of Adidas.

When I got to my normal parking spot, a sudden gust of wind tore my hat from my head. It floated through the Richmond sky and landed in the fast lane of the Downtown Expressway. 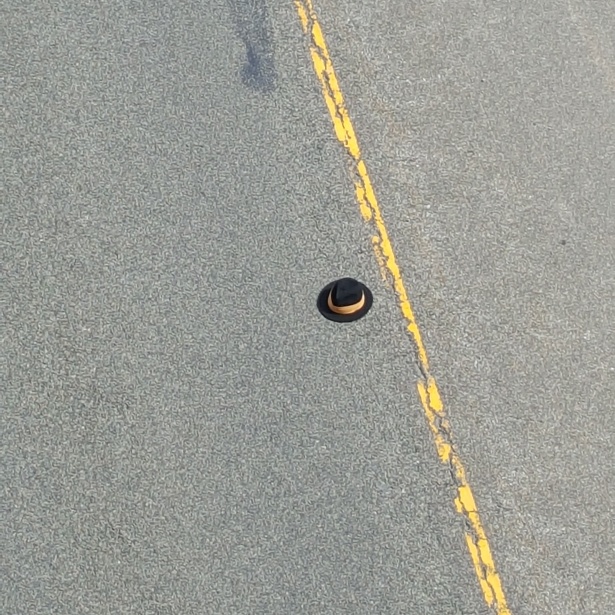 You could see it from Third Street.

Surprisingly, motorists traveling on state Route 195 in excess of 55 mph avoided it. With each passing car, my hat of at least eight years inched closer and closer to the left shoulder.

I did what any reasonable person would do: I went in to work.

Then I ducked back out, got on the highway, pulled over onto the shoulder and got my frickin’ hat.

It was worth the toll.

Some people say they would rather run in traffic than call the IRS and Comcast. Friday, I did all three.