The Stone Pony. This trip would have been a complete failure if I didn’t see this.

The shop of Madam Marie’s granddaughter.

Seemedlike an appropriate thing to come across in New Jersey. 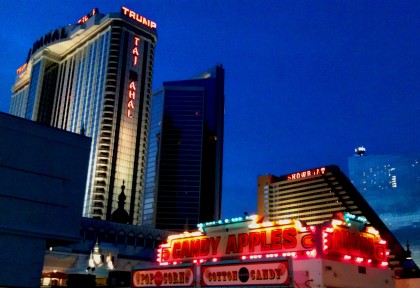 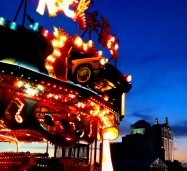 Of all the photos I’ve taken this year, for some reason, this is my favorite.

There aren’t many photos or good photos because this, that’s why. 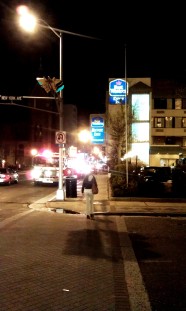 When I felt my cold coming on, I went back to our hotel, only to find it possibly on fire.

It was great to cross the Delaware last Sunday and head home.

I never made it in time to go to the library.

I got to Brandon’s in Alexandria with enough time to get to Monmouth County before 5 p.m.

Then we got stuck between Washington and Baltimore for two hours.

Instead, we arrived at 8 p.m., met up with Pete and Dowiak, and headed to Asbury Park.

We went to a restaurant near The Stone Pony and, that was one thing I wanted to photograph at the least, in the event that I couldn’t go tracking down my family. From there, we wandered around some more and I stumbled across Madam Marie’s granddaughter’s psychic shop. We would have headed to the boardwalk but it was obscenely cold and foggy, which probably contributed to the cold I’m 99% over right now.

The next day, we headed to Atlantic City and stayed at an overpriced hotel. As the day wore on, I felt worse and, by midnight, I had given up and gone to bed. By midnight on a Saturday in Atlantic City, N.J.

BUT, before I could go to bed, I walked back to the hotel room to see it had a false alarm.

After that, I came back to Virginia and I’ve been whining about being sick ever since.

OK. It wasn’t that simple but, it wasn’t a knock-down, drag-out adventure, partially because I went out in the cold and damp by the sea Friday night and caught myself a nasty cold. I spent my other days off work going to Richmond and staying in bed to be sick.

In other news, I’m going to Pat Kane’s wedding next weekend, going to a going away party for one of the reporters the following weekend and then going to Falyn and Isaac’s wedding, of which I am a part of the wedding party, the weekend after that. Afterward, it’s this blog’s ninth anniversary and then I turn 30. It looks like May and the rest of summer are going to be fun.

Hopefully, I won’t catch another cold.

And, when I head back up to the Jersey Shore, I can see whatever became my great aunts and their offspring AND figure out for once and for all if my grandfather counts as being from New Jersey. This is important. Very important, I do declare.

I have about 16 hours of pseudo-vacation left. It’s been a good five days and I’m looking forward to showing up to work Wednesday completely fresh.

Besides this whole having a head cold thing.

It appears that, whenever I’m out of the office for three consecutive days, I get sick. I think this one was totally my fault. It was quite cold and foggy in Asbury Park on Friday night and I really was not dressed warmly because of the whole finally being spring in Charlottesville thing. I was starting to feel progressively awful Saturday and, by the time I was heading into Maryland Sunday, I knew for certain I was sick.

I’m still going to work tomorrow. My five days off were a result of the stars and planets aligning perfectly and for me to call in tomorrow would be rude. I wanted to say something else here but I’ve been doing quite well with not swearing on the Internet for a while. This was the first time I’ve purposely censored myself; I think I just slowly began to realize that I didn’t need to drop f-bombs every other word. Watching my language in other situations, that’s another story. I swear my mom is going to pop my mouth one of these days.

I took some photos and I put some of them on Instagram. There aren’t a lot and they aren’t particularly good. Also, I have a more cohesive narrative of what did and didn’t happen. Once I feel less like death warmed over, I’ll do that entry.

For now, I need to focus on getting well and pounding out some newspapers this week, gearing up for a wedding I’m attending and working on the logistics of a wedding I’m in (not officiating this time).

In about 13 hours, I shall leave work and not return until Wednesday at 10 a.m. This stretch is my first vacation for pleasure with a destination since 2011. I’m going to the Jersey Shore for several reasons.

The main reason for trip is because it’s what seems to be an obligation of my fraternity chapter’s Alpha Class: The pilgrimage to visit Sasso. Well, we’re only done it once before and it led to only four of the six of us being together but that’s beside the point. It’s the spirit of the trip that matters, the gathering of some of the friends I made my first days in college who I am now honored to call my brothers. After a rescheduling and a bailout or two, it’s down to Brandon and me heading to Monmouth County to see the paradox of Dr. Sasso and some of our New Jersey brothers.

The trip is also billed as a pre-bachelor party for me and a combined 30th birthday celebration for Brandon and me. It will be the first of many 30th birthday parties for me, as I am taking the week of my birthday off and there’s allegedly a giant “OMFG WE’RE 30!” party slated for later in the year.

The third reason for this trip is one that most likely will guarantee another trip to Asbury Park at least. I mentioned it a few entries back so I shan’t rehash it.

The final, and most important reason is to do some Springsteen tourism. At the very least, I’m seeing The Stone Pony with my own eyes. I also hope to head down to E Street in Belmar.

These objectives are a tall order, especially since Atlantic City and Asbury Park are nowhere near each other. I have no idea how my grandparents did it from the ’30s and ’40s, especially since getting to the Shore from Hampton required at least three ferries.

If you follow me on Facebook, Twitter or Instagram, I may or may not post photos before I put them here. There may or may not be a lot since chronicling every glass and every antic hasn’t been my thing here for a while.

Due to a spectacular twist of fate, I have two additional days off after this trip, hence making this a five-day mini-vacation without the usage of a single vacation day. It’s absolutely glorious. I don’t even fully know what I’m doing with the other two days beyond buying a new microwave since mine went on the fritz a couple of three days ago. I’m wondering a little if it’s the outlet/it’s more or less unprotected location in the “kitchen.” It probably is. I’m adding that to the list of reasons why I’m not renewing my lease here, somewhere above the deceptively slanted floor but well below being entirely too small, and overpriced, to the point of impracticality.